Al Ain University graduate Abdullah Al-Jafri: the first and last credit for the place that made my character 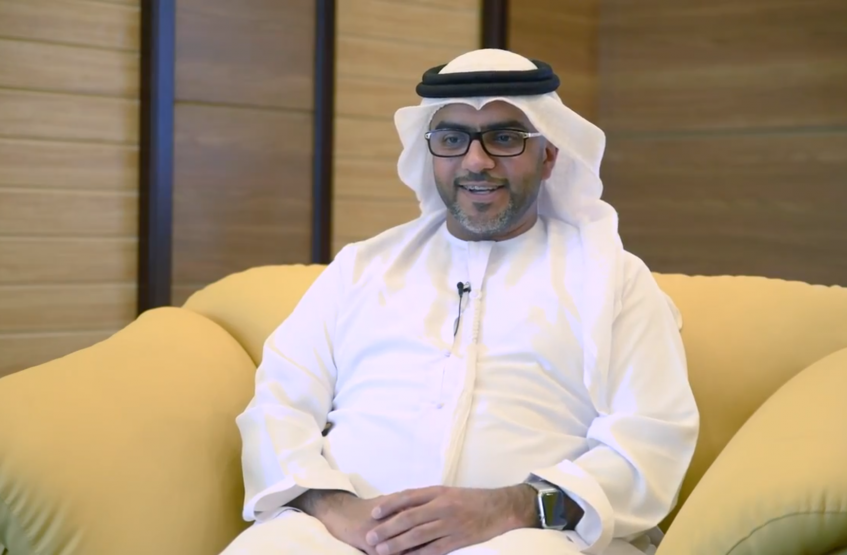 Abdullah Al-Jafri, an AAU graduate, got his Bachelor degree in law in 2012; then a master degree in government administration from Harvard University, USA. He was the only Emirati citizen enrolled in the Emirates Leadership Program from the office of His Highness the Crown Prince of Abu Dhabi.

In his interview with AAU Alumni Office, he said: “The past ten years are considered to be my academic foundation; through which I studied in various universities. However, Al Ain University had the most powerful impact and truly formed my personality”.

Being asked about his study experience at AAU and the learning environment, he mentioned: “The main aspect that distinguishes AAU from other local and national universities, is the flexibility of study hours which considers students’ opinions and voice. Teaching at Al Ain University does not only concentrate on the theoretical aspects. Nevertheless, it takes into account exchanging and sharing candidates’ different experiences which enhances the learning process. Al Ain University is characterized by its highly qualified faculty members; who are capable of addressing students with different backgrounds and different age groups”. He added “the academic material and content covered in AAU are always in line with contemporary issues. For instance, the majority of the cases studied in the College of Law are taken from actual courts”.

Al-Jafri concluded his talk with a message addressed to current AAU fellow students. He said: “you are currently studying in a university which is relatively young in respect to the vast developmental pace it is accomplishing. A university with many graduates holding top positions in various fields; either within the United Arab Emirates or internationally. The day will come when you become a distinguished figure in your career and being proud of being a graduate of Al Ain University.” He finalized by wishing all AAU students a successful  study  journey and  a bright career”.