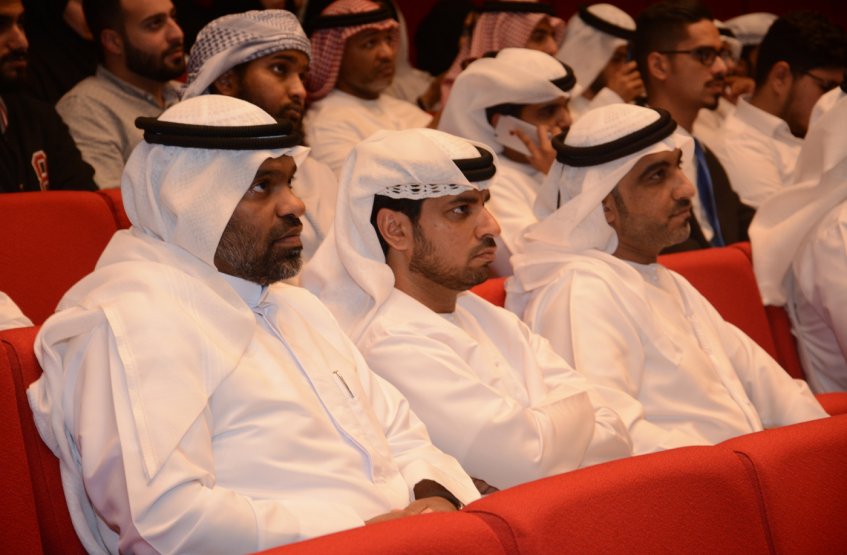 The AAU’s alumni met each other at the Alumni Annual Meeting which was organized by the Deanship of Student Affairs of Al Ain University –Abu Dhabi Campus, Under the slogan “You have been the ambassadors of science and knowledge and still you are”, which was attended by Prof. Eyad  Abd Al Majeed -Deputy Dean of Student Affairs, Deans, Academic and Administrative staff and the Alumni.

Prof. Eyad welcomed the attendees, considering this meeting as an opportunity to retrieve memories and share experiences, He added that this meeting is an expression of university’s interest in its alumni and its striving to communicate with students even after they graduate.

On his part, Dr. Amer Kassem, Deputy dean of the College of Business, expressed his delight to see the graduates gathering again at Al Ain University, He also mentioned the most important achievements by Al Ain University over the past years, such as, the new campus of the university at Abu Dhabi and obtaining the International accreditation for the universities’ programs which would effect positively on the quality of education. He also focused on the need of communicating with the students and the student’s communicate with their university through the university’s social media platforms.

Dr. Mahmoud Abdel Hakam -Deputy Dean of the College of Law, stressed on the importance of this meeting in terms of continuity of communication among graduates after graduation, praising on the interaction between the students and their university.

The meeting included different activities, such as, presenting a video about the university and some examples of successful stories for its alumni, and the most notable activity was the withdraw on gifts, provided a free card for every graduate, which offers many advantages that can be utilized in various fields.

At the end of the meeting, a group photo of the academic staff and graduate were taken, they also exchanged conversations, experiences, and tips that would benefit students in their working lives.